400 Years of Drawings from the
Hispanic Society Museum & Library 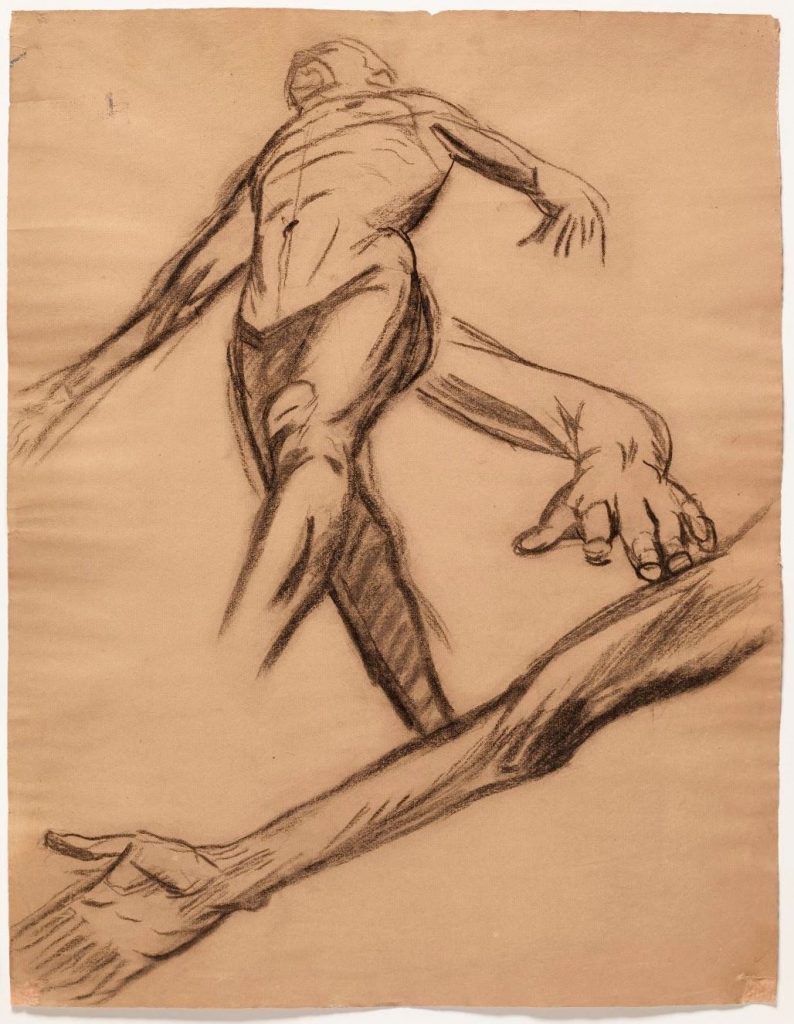 José Clemente Orozco, Study for the Mural "Man on Fire" for the Cupola in the Museo Hospicio Cabañas, charcoal on paper, 1937-1939.
Gift of Michael and Salma Wornick. Courtesy of The Hispanic Society of America, New York.

A selection of nearly two dozen drawings will be exhibited from the collections of the Hispanic Society Museum & Library. These drawings were executed by artists as preparatory drawings for other works of art, such as frescos, tapestries, paintings, and architectural-sculptural ensembles. This exhibit will complement the recently donated José Clemente Orozco drawings to the Hispanic Society and will also feature earlier Mexican drawings by Rafael Ximeno y Planes and Juan Rodriguez Juárez.

To give visitors a fuller sense of the Hispanic Society Museum & Library's expansive and diverse holdings, the exhibition will also feature drawings by notable artists from the Iberian Peninsula and Latin America from the 17th to the 20th century, including Jusepe de Ribera and Bartolomé Esteban Murillo, Alonso Cano, Francisco Goya y Lucientes, Joaquin Sorolla y Bastida, and Francisco (Pancho) Fierro.

The Hispanic Society of America was founded in 1904 by Archer Milton Huntington (1870-1955) with the object of establishing a free, public museum and reference library for the study of the art and culture of the Spain, Portugal, Latin America, and the Philippines. The collections of the Hispanic Society are unparalleled in their scope and quality outside of Spain, addressing nearly every aspect of culture in Spain, as well as a large part of Portugal and Latin America, into the 20th century. There are more than six thousand drawings and watercolors from the Renaissance through the 20th century at the Hispanic Society.

Proof of vaccination, valid ID and a mask are required to enter the museum.

Thank you to The American Academy of Arts and Letters for hosting this exhibition.