A Conversation on French Drawings
from the Bibliothèque nationale de France 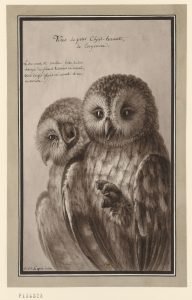 In partnership with the Bibliothèque nationale de France (BnF), the Clark is organizing the first exhibition of the library's eighteenth-century French drawings. The selection of eighty-six enchanting studies, architectural plans, albums, sketchbooks, prints, and optical devices expands our understanding of drawing as a tool of documentation and creation in the age of Enlightenment, spanning the domains of natural history, current events, theater design, landscape, and portraiture. Displayed together, these objects immerse audiences in the world of eighteenth-century France-a world shaped by invention, erudition, and spectacle. Works by celebrated artists of the period such as François Boucher (1703-1770) and Gabriel de Saint-Aubin (1724-1780) are featured alongside exquisite drawings by lesser-known practitioners, including talented women, royal children, and visionary architects.

Look for display copies of the exhibition catalogue Promenades on Paper in select galleries January 20-28th.

This event is organized in partnership with the Clark Art Institute.

This event is in relation to the following exhibition: