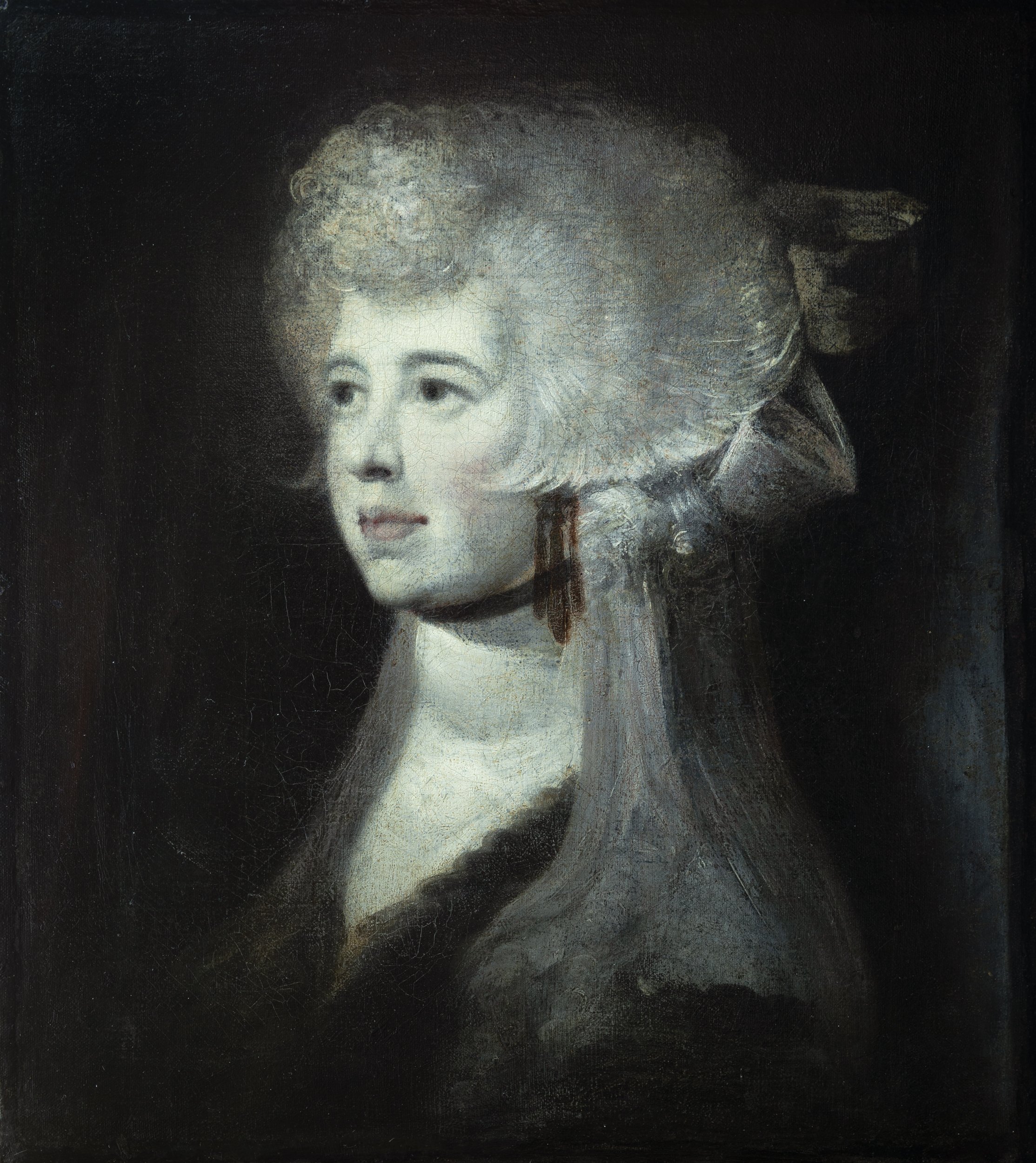 This portrait by Fuseli of his wife Sophia Rawlins is an important discovery and previously unknown in his oeuvre. There are relatively few portraits known by the artist and this may be dated to c.1790, shortly after they had married in 1788. Despite the difference in age, they remained devoted to each other until Fuseli's death in 1825. Sophia died in 1832.

Many portraits of Sophia exist in Fuseli's drawn work, reproduced by Schiff in his catalogue raisonné in 1973. In general these portray her wearing extraordinary coiffures of great imagination, bearing out the impression of the artist's fetishism.
This portrait will be illustrated as the frontispiece to the exhibition catalogue by David Solkin and Kitty Gottardo of Fuseli's drawings to be held at the Courtauld Galleries, London in October 2022