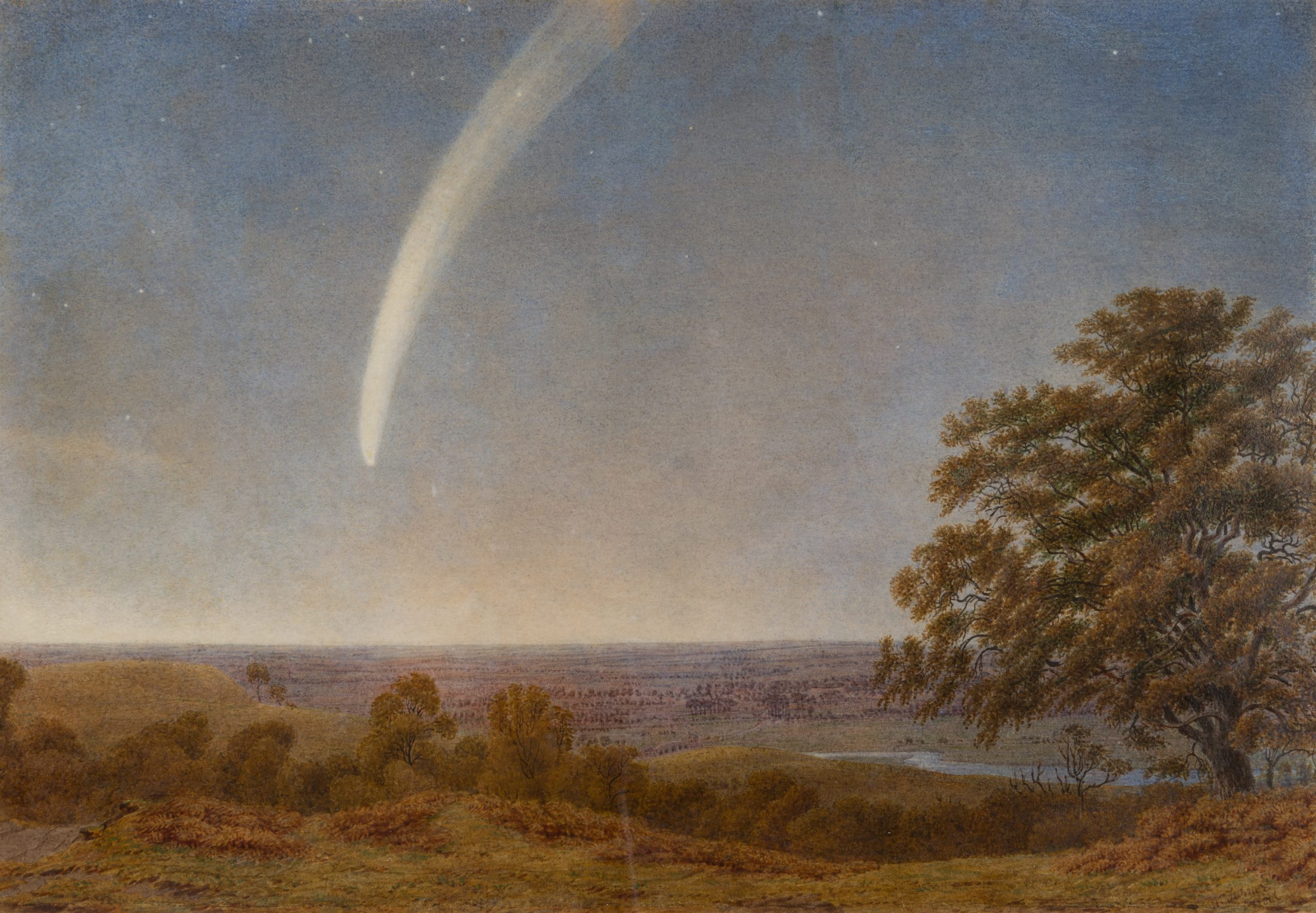 Another version of this watercolour in the Yale Center for British Art is inscribed on the reverse of mount: `No.9/Near Oxford, half past 7 o'clock, P.M. Octr. 5th. 1858'.